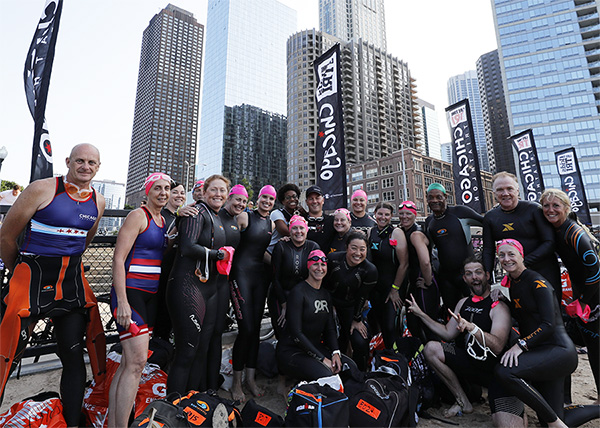 Much like the nation’s current appreciation for those on the front lines, our industry needs to celebrate our most essential resource.

While the nation continues to flatten the COVID-19 curve and debate the most effective means to resume normalcy, more than 50,000+ endurance races remains sidelined until further notice.

As an independent event owner and triathlon coach, life has abruptly stopped. Running USA estimated more than 5,000 endurance events had already been cancelled. If the trend continues and rumors around ceasing all mass participation events until 2021 come to fruition, the newly-created Endurance Sports Coalition believes 80% of race producers (and 90% of their 500,000-strong workforce) could vanish.

Waiting-out this seemingly endless storm is soul crushing. What’s worse: those feelings of helplessness and despair are compounded by something much worse than the threats of bankruptcy and forced career changes: We’re powerless to serve an explosion of new customers.

The signs are everywhere. Here in Chicago, once congested traffic lanes are now occupied with runners, doing their part to avoid copious sidewalk dog walkers. Entire families can be spotted riding bikes through densely-populated neighborhoods. Parking lots have transformed into safe zones for parents to ween their kids off-of training wheels. Our definition of an “urban playground” has shifted. Human-powered movement has exploded beyond the lakefront and traditional green space. The flourish of activity seems to be more contagious than the virus itself.

While this Great Pause has stripped-away so much, many of us can agree to a few silver linings. In this case, it’s recognizing a critical importance to remain active, a desire to be outdoors, and an appreciation to be together. Coincidentally, these qualities happen to be the defining attributes for the endurance event marketplace.

I’m not inferring that every single walker, runner or cyclist is destined to toe the line at the next marathon or don a wetsuit for their first triathlon, but some of them might. If we apply a small portion of this audience-in-training with the estimated 30 million existing endurance participants, that’s a LOT of people. To operators who host 500 participant races, that’s a LOT of potential.

We could be on the verge of the biggest industry boom in our history. In this moment, we can’t do a thing about it.

Witnessing this new buzz of activity from my living room window suddenly transforms this feeling of hopelessness into a refreshing sense of familiarity and optimism. I’ve been here before. I know this.

I moved to Chicago in the summer of 2000. Thanks to the influence of a few friends and the expansive lakefront trail system, I slowly transformed a life-long belief that running was an honest-to-God therapeutic outlet instead of a masochistic punishment. Soon after I finished my first 8K (the Shamrock Shuffle).

It’s so simple. My own discomfort for the status quo coupled with positive peer pressure changed everything, allowing me to expand beyond my own pre-determined limits. I quickly stepped into marathons, triathlons and eventually solidifying a career in the endurance world.

Those people, the ones cooped-up inside and desperate for a new outlet, are halfway there. They just need a bit of external influence. They need coaches.

As event producers, we generally focus on the finality of a participant’s journey: filing permits, recruiting athletes and building finish lines. With some exceptions, we don’t get involved in athlete development. Those efforts are left to existing athletes, charity endurance managers and certified coaches who spend countless hours motivating, educating and training participants for race day.

During this extensive time-out, even while in the midst of conceptive innovate ways to keep athletes socially-distant and volunteers safe, I call on fellow race directors to reach out and connect with your local coaches and charity programmers. They’re in the same boat. Get to know their challenges, their hope for the near future and their dreams beyond. Thank them for their continued existence, ask how you can help and consider extending an olive branch (ie. comp entry) when the time is right.

Beyond that, let’s all get our hands dirty and collectively develop our next wave of athletes. What does that look like? Notice what’s happening at your street corners and in your local parking lots. Ask questions when you see your neighbor lacing-up her shoes. Get involved when a stranger showcases curiosity in running, cycling or fitness in general.

While we’re unable to influence the natural laws of infectious disease spread and our Phase 1/2/3 timelines, we can (safely) connect with individuals showcasing the slightest of sparks. They may not realize it, but they’re closer to crossing your finish line than they’ll ever know. 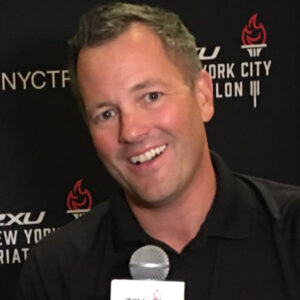